"I've been called many things through the ages. Pharaoh. Yugioh.
I've been known as Yami." 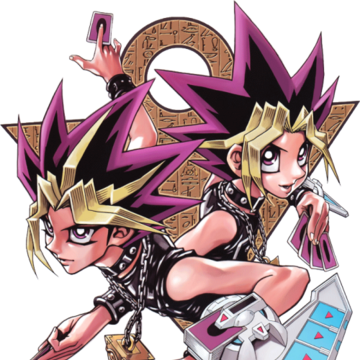 Yu-Gi-Oh Duel Monsters is a manga, anime, and card game series created by Kazuki Takahashi and produced by Konami. Originally published in 1996, the series has inspirsed 7 spin-offs and is still running as of 2021. 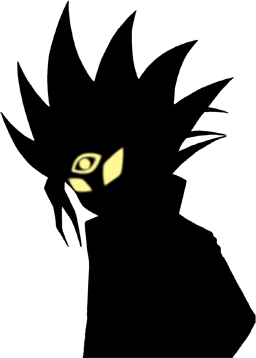 The original series follows Yuugi Mutou, a shy high-schooler who solves the millennium puzzel passed down to him by his grandfather. Once solved, a mysterious spirit takes over his body. The spirit of the puzzle at first struggles to make sense of his existence, unaware that he is a separate entity from Yuugi. He severely punishes those who pose a threat to Yuugi's friends and anyone who he judges as being unfair in dangerous shadow games. As the series continues, the spirit of the puzzle (Yuugi refers to him as「もう一人のボク」, or "the other me", though the English fandom tends to call him Yami Yuugi) mellows out, befriending those in Yuugi's circle. 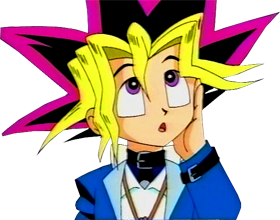 The early series focuses on a variety of different games before eventually settling on Duel Monsters. The card game is used as the catalyst leading to the reveal of Yami Yuugi's past as the ancient Egyptian pharaoh, Atem. Yu-Gi-Oh explores themes of friendship, self-acceptance, trauma, and forgiveness over the course of 38 manga volumes, 27 OVA episodes (known as Season 0), 224 anime episodes (exluding the 12 episode spin-off for Capsule Monsters), and 4 films, ending with Dark Side of Dimensions.

these icons are lil place holders for now teehee