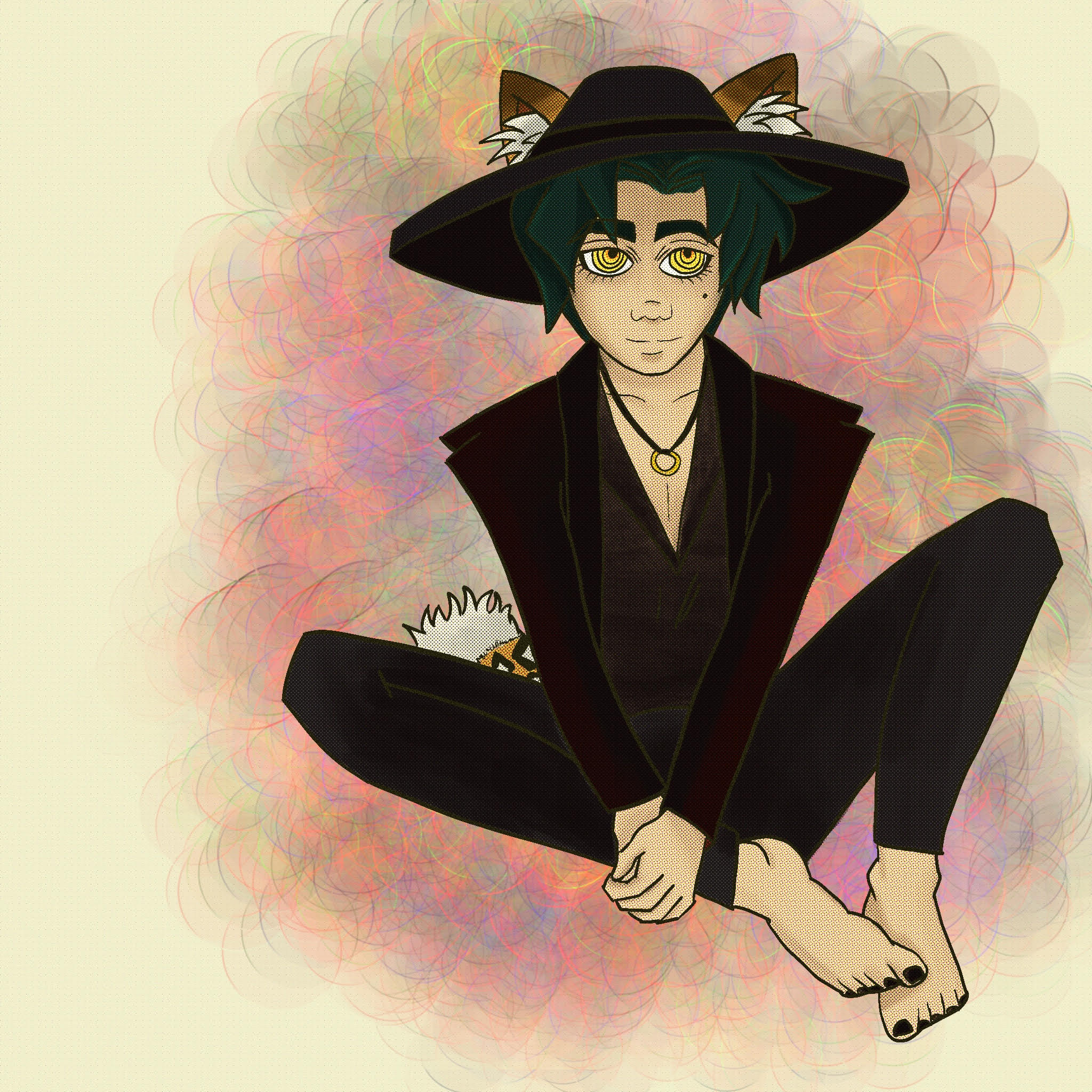 Personality: Malachi is aloof for the most part, easily distracted, but if you happen to strike up a conversation about one of his few niche interests he won’t shut up and might even follow you home. However, he’s much more invested in his hobbies and interests than he is with other people. He’s known for disappearing in the middle of parties to look through (and potentially pocket) the host’s DVD collection.

Likes: Collecting bones, The Talking Heads, mug recipes, and updating his blog to rate re-runs he catches on his antenna tv.

Background: Malachi is an off-grid witch who sports cat ears and a bobbed tail. His appearance makes him adept for the terrain he prefers to live in, which tends to be in the mountains or heavily forested areas. He enjoys collecting bones he finds while exploring that he cleans up and resells on Craigslist to wannabe occultists. He specializes in magic to create portals to different locations, and uses this ability to make his delivery business run more smoothly. Despite his aversion to people, he works for a food delivery app, where he accepts gigs and teleports to and from restaurant to customers to quickly collect cash to fund his travels. Malachi lives in a van that he ports from location to location with him once he gets bored of his current location and gets hit with wanderlust. When not living in remote locations, he enjoys sightseeing and attending swap shop meet-ups.